As the author of GSAP I'm sometimes asked if the Web Animations API (WAAPI) will be used under the hood eventually. My responses have gotten pretty long so I thought I'd share my findings with everyone here. Hopefully this sheds light on the challenges we face and perhaps it can lead to some changes to WAAPI in the future.

WAAPI is a native browser technology that's similar to CSS animations, but for JavaScript. It's much more flexible than CSS animations and it taps into the same mechanisms under the hood so that the browser can maximize performance. Overall support is has gotten pretty good but there are multiple levels to the spec, so some browsers may support only "level 1", for example. The hope is that eventually all major browsers will support WAAPI fully. Progress in that direction has been very, very slow.

You could think of WAAPI almost like a browser-level GSAP with a bunch of features stripped out. This has led some to suggest that perhaps GSAP should be built on TOP of WAAPI to reduce file size and maximize performance. Ideally, people could tap into the rich GSAP API with all of its extra features while benefiting from the browser's native underpinnings wherever possible. Sounds great, right? Unfortunately, WAAPI has some critical weak spots that make it virtually impossible for GSAP to leverage it under the hood (at least in any practical manner).

I don't mean that as a criticism of WAAPI. In fact, I really wanted to find a way to leverage it inside GSAP, but I'll list a few of the top reasons why it doesn't seem feasible below. To be clear, this is NOT a feature comparison or a bunch of reasons why GSAP is "better" - these are things that make it architecturally impossible (or very cumbersome) to build GSAP on WAAPI.

WAAPI only supports cubic-bezier() for custom easing, meaning it's limited to one segment with two control points. It can't support eases like Bounce, Elastic, Rough, SlowMo, wiggle, ExpoScaleEase, etc. GSAP must support all of those eases plus any ease imaginable (unlimited segments and control points - see the CustomEase page). This alone is a deal-breaker. Expressive animation hinges on rich easing options.

The most commonly animated values are translation (x/y position), rotation, and scale (all transform-related) but you cannot control them independently with CSS or WAAPI. For example, try moving (translate) something and then halfway through start rotating it and stagger a scale toward the end:

Animators NEED to be able to independently control these values in their animations. Additive animations (composite:"add") probably aren't an adequate solution either. It's unrealistic to expect developers to track all the values manually or assume that stacking them on top of each other will deliver expected results - they should be able to just affect the rotation (or whatever) at any time, even if there was a translate() or scale() applied previously. GSAP could track everything for them, of course, but continuously stacking transforms on top of each other seems very inefficient and I imagine it'd hurt performance (every transform is another matrix concatenation under the hood). There is a new spec being proposed for translate, scale, and rotate CSS properties which would certainly help, but it's not a full solution because you still can't control the x/y components independently, or all of the 3D values like rotationX, rotationY, z, etc. This is an essential feature of GSAP that helped it become so popular. Example

Custom logic on each tick

Certain types of animations require custom logic on each tick (like physics or custom rounding/snapping or morphing). Most GSAP plugins rely on this sort of thing (ModifiersPlugin, for example). I'm pretty sure that's impossible with WAAPI, especially with transforms being spun off to a different thread (any dependencies on JS-based logic would bind it to the main thread).

As far as I know, WAAPI doesn't let you animate arbitrary properties of generic objects, like {myProperty:0}. This is another fundamental feature of GSAP - people can use it to animate any sort of objects including canvas library objects, generic objects, WebGL values, whatever.

I don't think WAAPI lets you set a custom frame rate. Also, GSAP's lag smoothing feature requires the ability to tweak the global time (not timeScale - I mean literally the current time so that all the animations are pushed forward or backward). As far as I know, it's impossible with WAAPI.

As demonstrated in this video, one of the hidden pitfalls of spinning transforms off to another thread is that they can lose synchronization with other main-thread-based animations. As far as I know, that hasn't been solved in all browsers. We can't afford to have things getting out-of-sync. Some have proposed that GSAP could just fall back to using a regular requestAnimationFrame loop to handle things that aren't adequately supported by WAAPI but that puts things at risk of falling out of sync. For example, if transforms are running on a separate thread they might keep moving while other parts of the animation (custom properties that get applied somehow in an onUpdate) slow down or jank.

GSAP has earned a reputation for "just working" across every browser. In order to deliver on that, we'd have to put extra conditional logic throughout GSAP, providing fallbacks when WAAPI isn't available or doesn't support a feature. That would balloon the file size substantially and slow things down. That's a tough pill to swallow. WAAPI still isn't implemented in several major browsers today. And then there are the browser inconsistencies (like the infamous SVG origin quirks) that will likely pop up over time and then we'd have to unplug those parts from WAAPI and maintain the legacy raw-JS mechanisms internally. Historically, there are plenty of cross-browser bugs in natively-implemented technologies, making it feel risky to build on top of.

WAAPI has a performance advantage because it can leverage a separate thread whereas JavaScript always runs on the main thread, right? Well, sort of. The only time a separate thread can be used is if transforms and/or opacity are the only things animating on a particular element (or else you run into synchronization issues). Plus there's overhead involved in managing that thread which can also get bogged down. There are tradeoffs either way. Having access to a different thread is fantastic even if it only applies in certain situations. That's probably the biggest reason I wanted to leverage WAAPI originally, but the limitations and tradeoffs are pretty significant, at least as it pertains to our goals with GSAP. Surprisingly, according to my tests GSAP was often faster than WAAPI. For example, in this speed test WAAPI didn't perform as well as GSAP on most devices I tried. Maybe performance will improve over time, but for now be sure to test to ensure that WAAPI is performing well for your animations.

To ensure compatibility, GSAP would need all of its current (non-WAAPI) code in place for fallbacks (most browsers won't fully support WAAPI for years) and then we'd need to layer in all the WAAPI-specific code on top of that like conditional logic checking for compatible eases, sensing when the user is attempting something WAAPI can't support, tracking/stacking additive animations, etc. That means file size would actually be far worse if GSAP were built on WAAPI. Some have suggested creating a different adapter/renderer for each tech, like a WebAnimationsAdapter. That way, we could segregate the logic and folks could just load it if they needed it which is clever but it doesn't really solve the problem. For example, some plugins may affect particular CSS properties or attributes, and at some point conditional logic would have to run to say "oh, if they're using the WebAnimationsAdapter, this part won't work so handle it differently". That conditional logic generally makes the most sense to have in the plugin itself (otherwise the adapter file would fill up with extra logic for every possible plugin, bloating file size unnecessarily and separating plugin logic from the plugin itself). So then if anyone uses that plugin, they'd pay a price for that extra logic that's along for the ride.

At the end of the day, the list of "pros" must outweigh the "cons" for this to work, and currently that list is quite lopsided. I'd love to find a way to leverage any of the strengths of WAAPI inside GSAP for sure, but it just doesn't seem feasible or beneficial overall. The main benefit I see in using WAAPI inside GSAP is to get the off-the-main-thread-transforms juice but even that only seems useful in relatively uncommon scenarios, and it comes at a very high price. I'm struggling to find another compelling reason to build on WAAPI; GSAP already does everything WAAPI does plus a lot more. I'm hopeful that some of the WAAPI benefits will someday be possible directly in JS so that GSAP wouldn't have to create a dependency on WAAPI to get those. For example, browsers could expose an API that'd let developers tap into that off-the-main-thread transform performance. Ideally, browsers would also fix that hacky matrix()/matrix3d() string-based API and provide a way to set the numeric matrix values directly - that'd probably deliver a nice speed boost. Please chime in if I'm missing something, though. (Contact us or post in the forums)

Why use GSAP even if/when WAAPI gets full browser support?

Again, the goal of this article is NOT to criticize WAAPI at all. I think it's a great step forward for browsers. I just wanted to explain some of the challenges that prevent us from using it under the hood in GSAP, at least as it stands today. EDIT: Brian Birtles, one of the primary authors of the WAAPI spec, reached out and offered to work through the issues and try to find solutions (some of which may involve editing the spec itself) which is great. Rachel Nabors has also worked to connect people and find solutions. Although it may take years before it's realistic to consider building on WAAPI, it's reassuring to have so much support from leaders in the industry who are working hard to move animation forward on the web. 2020 EDIT: Now Brian Birtles is the only one working on WAAPI and he does so on a volunteer basis, so further development of WAAPI has understandably slowed down in recent times. 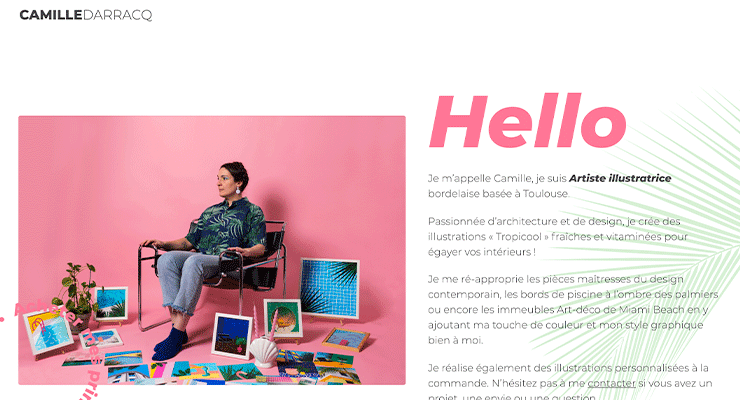