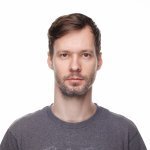 Adding a new tween to a "played" timeline and .play() it again