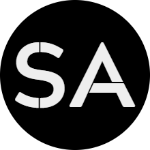 ScrollTrigger does not revert elements to their original values on resize