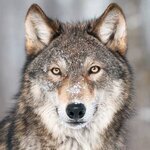 How to Kill and reset a ScrollTrigger Timeline